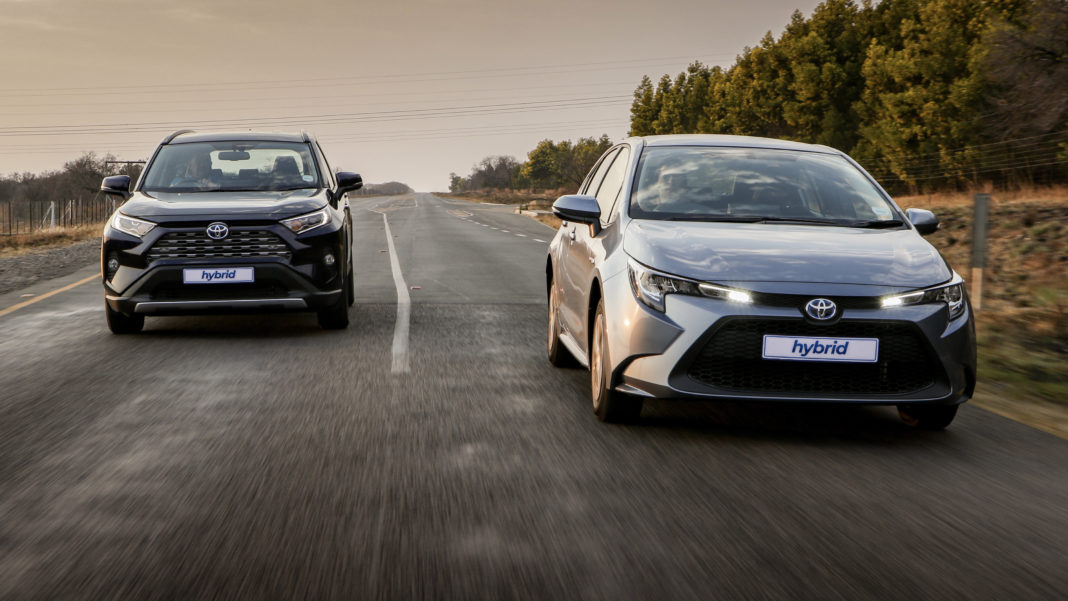 The Toyota Corolla Hybrid and RAV4 Hybrid has touched down on South African shores, with the local arm of the Japanese car manufacturer detailing the powertrains and specification and revealing pricing for the duo of hybrids.

Supplementing the internal combustion engine, an electric motor provides an additional 53 kW and 163 N.m of torque. Combined power output is rated at 90 kW. According to Toyota, the petrol-electric powertrain has a fuel consumption figure of 3.5 L/100 km, which allows for a theoretical range of “over” 1 200 km from its 43-litre fuel tank.

Priced at R419 900, the Corolla Hybrid is offered in only Xs level of specification. Included in the list of standard items, Xs trim features LED head- and taillamps, complete with daytime-running lights, and 15-inch alloy wheels, wrapped in “energy-saving” rubber. Inside, standard fitment includes keyless entry; a touch-based infotainment display featuring screen mirroring; and a reverse-view camera, among others.

Based on the fifth-generation RAV4, the Hybrid variant is powered by Toyota’s 2,5-litre petrol-electric powertrain, which produces 160 kW. Power is directed to the front axle via a CVT transmission. The RAV4 Hybrid’s petrol-electric arrangement has a claimed fuel consumption figure of 4.7 L/100 km.

The RAV4 Hybrid is offered in “tweaked” GX level of specification which, Toyota says, “strikes a fine balance between core convenience spec, value for money and luxury convenience”. This model is priced at R555 300.