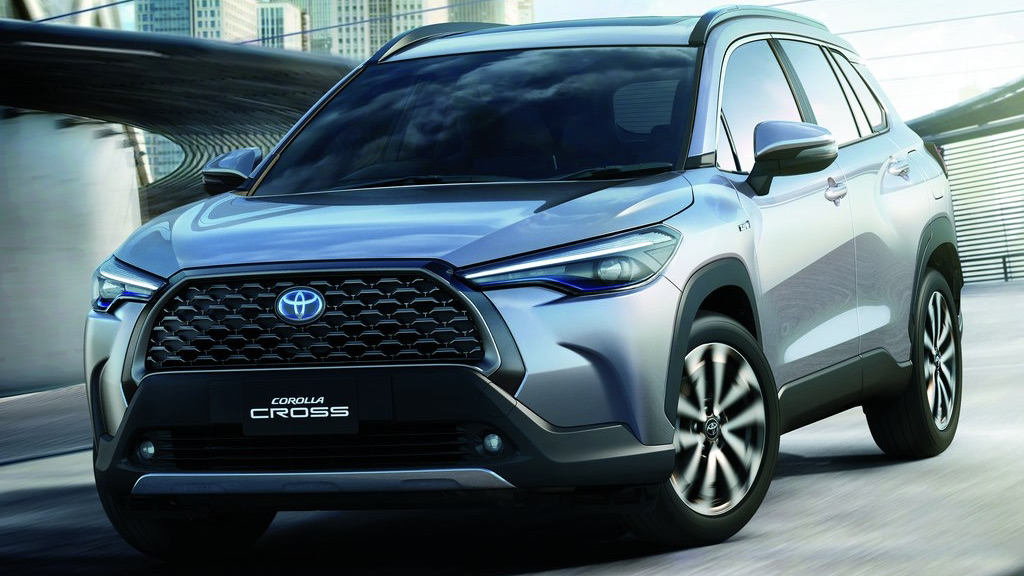 Toyota South Africa Motors (TSAM) has announced the engine line-up for the upcoming Toyota Corolla Cross. “We are proud to announce the inclusion of both conventional petrol and hybrid powertrains,” TSAM says.

The petrol-powered Corolla Cross makes do with the Japanese manufacturer’s 1,8-litre normally aspirated four-cylinder engine, which features in the current-generation Corolla Quest and Corolla Xs sedan. Incorporating VVT-i technology, the 2ZR-FE unit directs 103 kW and 173 N.m of torque, available from 6 000 r/min and 4 400 r/min respectively, exclusively to the front axle through a seven-step CVT transmission. According to Toyota, the 1,8-litre 1,8-litre motor uses only 6,8 L/100 km.

The first Toyota hybrid powertrain produced on local shores, the petrol-electric motor powering the hybrid midsize crossover produces a combined power output of 90 kW. By itself, the 1,8-litre internal combustion engine produces 72 kW and 142 N.m. The electric motor provides an additional 53 kW and 163 N.m. Like its petrol-powered sibling, the hybrid model is equipped with a CVT transmission.

According to TSAM, the integration of the petrol and electric powerplants hands the high-raised Corolla an “ultra-refined” powertrain, which offers “superior” power and torque, and acceleration.  The Corolla Cross Hybrid boasts a claimed fuel consumption figure of only 4,3 L/100 km.