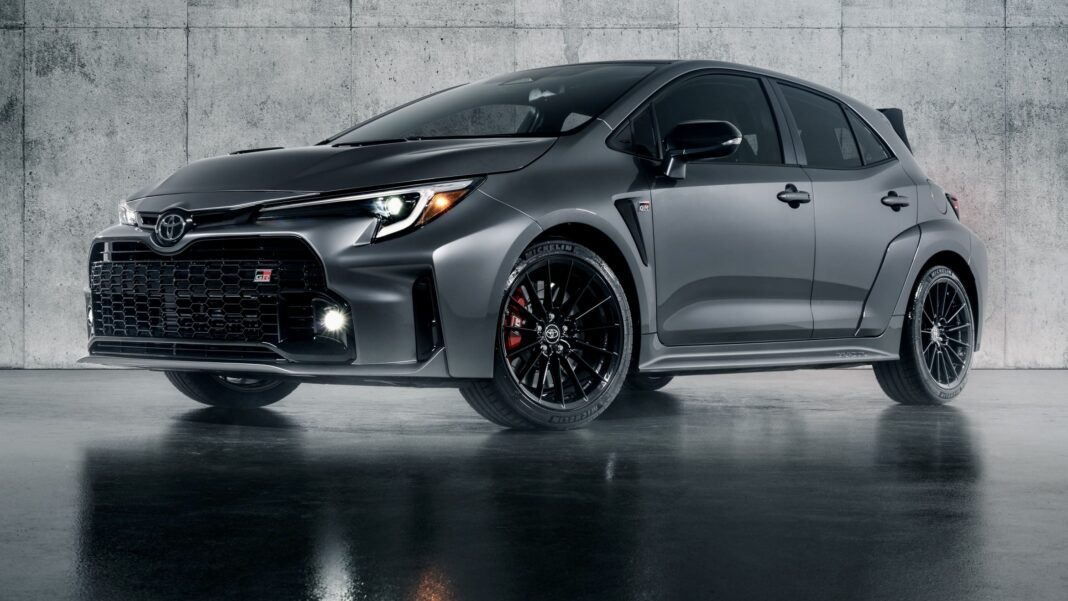 Toyota has officially unwrapped the GR Corolla, with the Japanese automotive giant saying the latest hatchback to don the Gazoo Racing badge is born from rally racing and tested to meet the highest standards set by its maker.

Like the GR Yaris (read our in-depth launch review here), the midsize hot hatch is powered by a lightweight 1.6-litre, turbocharged three-cylinder engine. The turbo-triple unit in the GR Corolla is endowed with 221 kW and 370 Nm of torque, available from 6 500 r/min and 3 000 r/min, respectively.

“Staying true to its hands-on rally racing roots,” the engine is exclusively coupled to a six-speed manual transmission. Power and torque are sent to all four corners via Toyota’s “rally developed” GR-Four all-wheel-drive set-up. The latter system allows for several torque-distribution settings. These include a 60:40 split, a 50:50 split and 30:70 split.

The GR Corolla’s broad bodywork is pinned on Toyota’s GA-C platform, complete with reinforcements that have been specifically developed for the hot hatch. Exterior items include functional air vents and several aerodynamic features that further support steering stability. The GR Corolla rides on a set of 18-inch alloys, wrapped in 235/40-size rubber all around.