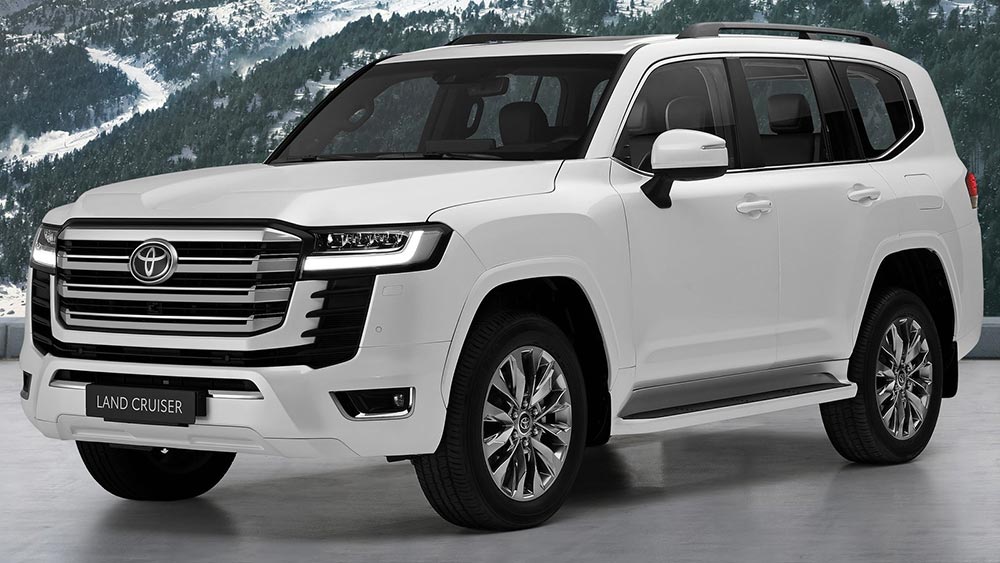 The Toyota Land Cruiser 300 has finally made its international debut, with the Japanese car manufacturer’s flagship SUV ushering in a new design direction for Toyota and featuring all-new petrol and diesel engines.

The successor to the Land Cruiser 200, the 300-series’ distinctive profile features a rectangular theme. For maximum visual impact, the 300’s prominent front grille incorporates large horizontal slats which, depending on the model, feature either black or chrome accents. The U-shaped radiator openings up front, Toyota says, form an integral part of the design and add to the 300’s “strong” appearance. The trapezoidal rear lamps, meanwhile, “enhance the athletic look”.

Under the bonnet, Toyota has introduced two all-new engine options: a 3,5-litre twin-turbocharged V6 petrol and 3,3-litre turbocharged V6 diesel. According to Toyota, both engines feature the latest technology and promise excellent performance and exemplary refinement.