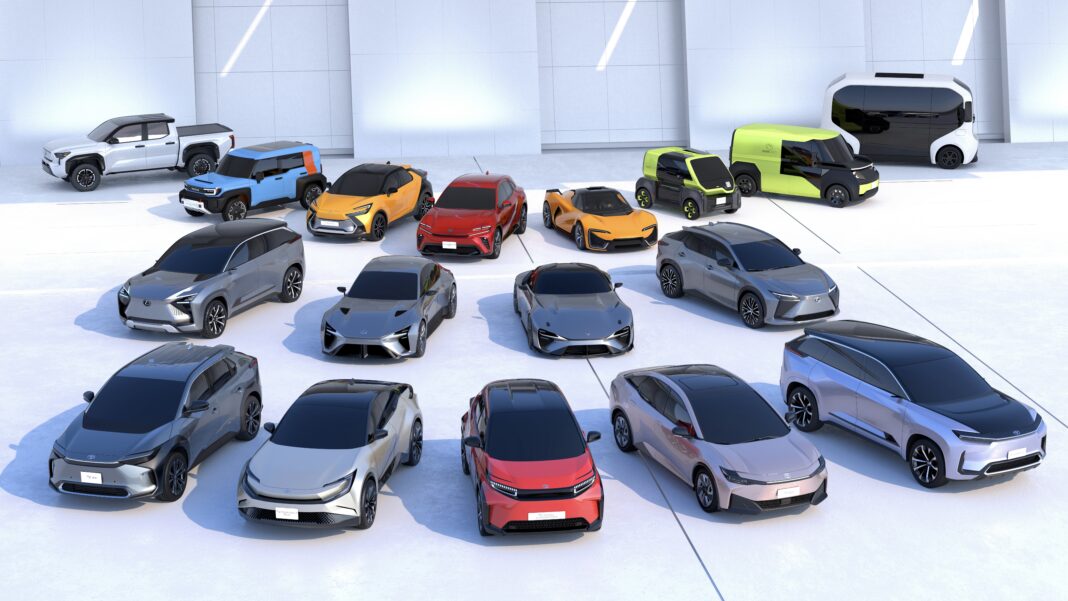 Toyota has announced its battery-electric vehicle (BEV) strategies, with the Japanese car manufacturer revealing 16 Toyota and Lexus BEV models, including the bZ4X which is due in 2022.

During the presentation, Toyota president Akio Toyoda confirmed the company aims to roll out 30 BEV models by 2030, with anticipated sales amounting to 3.5 million units globally. “We aim to achieve global sales of 3.5 million battery EVs per year by 2030,” said Toyoda.

As mentioned, during the presentation, the Aichi-based automaker unveiled several BEV concepts which form part of its bZ line-up. These include a small crossover, a compact SUV, a large SUV, and a sedan.

Other concept EVs included the Small SUEV,  crossover, the Compact Cruiser EV, a bakkie and a sports EV. The firm further revealed a duo of van-like concepts, the Mid Box and Micro Box, and a people-carrier, the e-Palette, to form part of its commercial range.

In terms of the manufacturer’s luxury arm, Lexus, the carmaker revealed a quartet of concept EVs.  These are a large SUV, the RZ, a sedan, and a sports car.