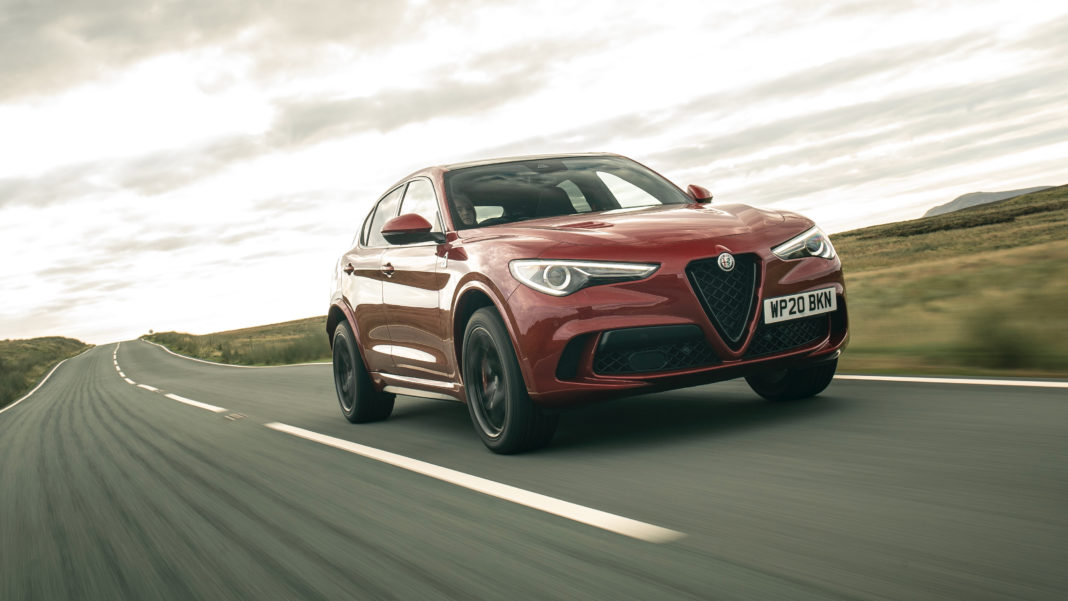 The updated Alfa Romeo Giulia and Stelvio have touched down on South African shores, with the refreshed Italian sedan and SUV boasting a host of upgraded tech as standard. See pricing below…

Available locally in only Veloce and QV guise, the most notable additions to the Giulia’s exterior styling are, among others, bi-xenon headlamps, complete with distinct LED daytime-running lights, and a set of striking 19-inch alloy wheels, which feature monotone centre wheel caps. An active front splitter is included on both the standard and flagship model for increased aerodynamics. The performance version, of course, gains myriad model-specific elements, such as a carbon-fibre rear spoiler.

The Stelvio which, here, is offered in only Super and flagship Q level of specification, features exterior styling updates such as bi-xenon headlamps, housing model-specific daytime-running lights, and 20-inch alloy wheels. As this is an SUV, gloss black roof rails are included in the package. Like the Giulia QV, the Stelvio Q boasts numerous elements that’s unique to the performance model.

The Veloce and Super are powered by Alfa Romeo’s 2.0-litre turbopetrol motor, mated to an eight-speed torque converter transmission. The four-pot produces 206 kW and 400 N.m of torque, the latter available from 2 250 r/min to 4 250 r/min. The sedan has a claimed zero to 100 km/h acceleration time of 5.7 seconds. Thanks to its Q4 all-wheel-drive system, the SUV boasts a similar claimed time. Top speed is rated at 240 km/h for the Giulia and 230 km/h for the Stelvio.

The QV and Q models are endowed with the Italian firm’s 2.9-litre twin-turbocharged V6 petrol engine, which produces 375 kW and 600 N.m. In the Giulia QV, these outputs are sufficient for a claimed zero to 100 km/h time of 3.9 seconds and top speed of 307 km/h. The Stelvio Q, however, reaches the three-figure marker a tenth of a second quicker than the sedan, thanks to its Q4 system. Top speed for the latter is rated at 283 km/h.

A carbon-fibre driveshaft and adaptive suspension are included in the asking prices. Speaking of the later, the Giulia Veloce is priced at R989 900, with the QV costing R1 599 900. The Stelvio Super’s price, meanwhile, comes in at R1 159 900, with the Q model priced at R1 749 900. All models feature a five-year/100 000 km maintenance plan and warranty of similar duration and distance.