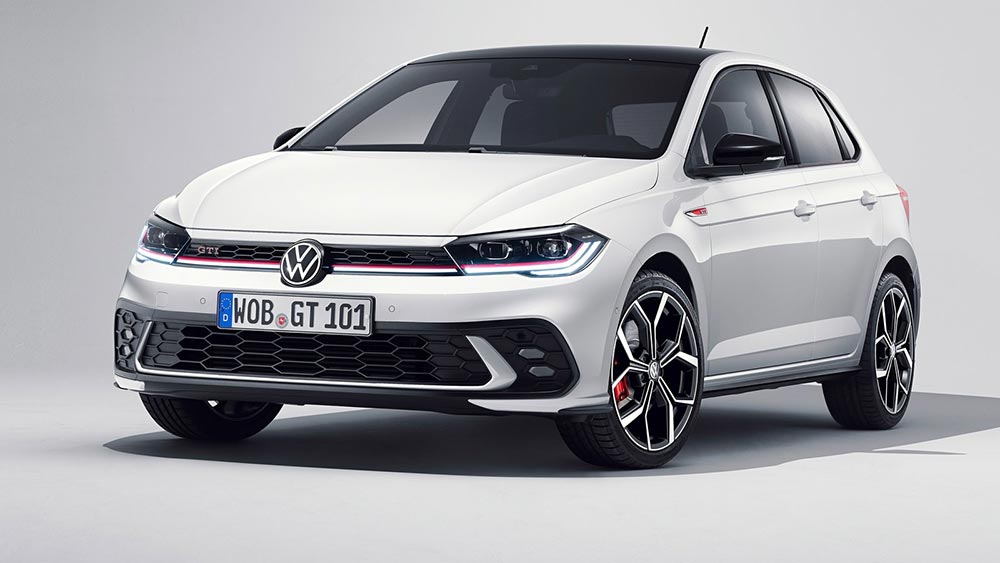 Following the reveal of the facelifted Polo models, the updated Volkswagen Polo GTI has finally made its debut, with the revised version of Volkswagen’s compact hot hatch boasting upgraded technologies, a seven-speed DSG transmission and more power from its 2,0-litre TSI engine.

For starters, the facelifted sixth-generation Polo GTI’s 2,0-litre turbocharged petrol engine produces 5 kW more than the pre-facelifted version’s for a total power output of 152 kW. Torque output has remained the same, with 320 N.m directed exclusively to the front wheels. For the facelifted model, the transverse-mounted 2,0-litre four-cylinder TSI engine has been linked to a seven-speed DSG transmission, as opposed to the pre-facelifted model’s six-speed dual-clutch gearbox.

According to the German manufacturer, the upgrade in power output allows for a zero to 100 km/h acceleration time of 6,5 seconds (two-tenths of a second quicker than before). Rated at 240 km/h, maximum speed, meanwhile, has increased by 3 km/h.

Sitting on the Volkswagen Group’s familiar MQB platform, the facelifted Polo GTI features, as standard, a sports chassis, tailored specially for the Polo GTI. This sports setup, Volkswagen says, lowers the chassis by 15 mm and “guarantees the typical GTI synthesis of driving dynamics, safe neutrality and a high degree of driving comfort”.

As standard, the updated Polo GTI comes equipped with Volkswagen’s IQ.Light LED matrix headlamps and illuminated radiator grille bar. For the first time, the Polo GTI is offered with the option of IQ.Drive Travel Assist, which enables semi-automated driving.

Standard 17-inch alloy wheels can be upgraded to 18-inch items.