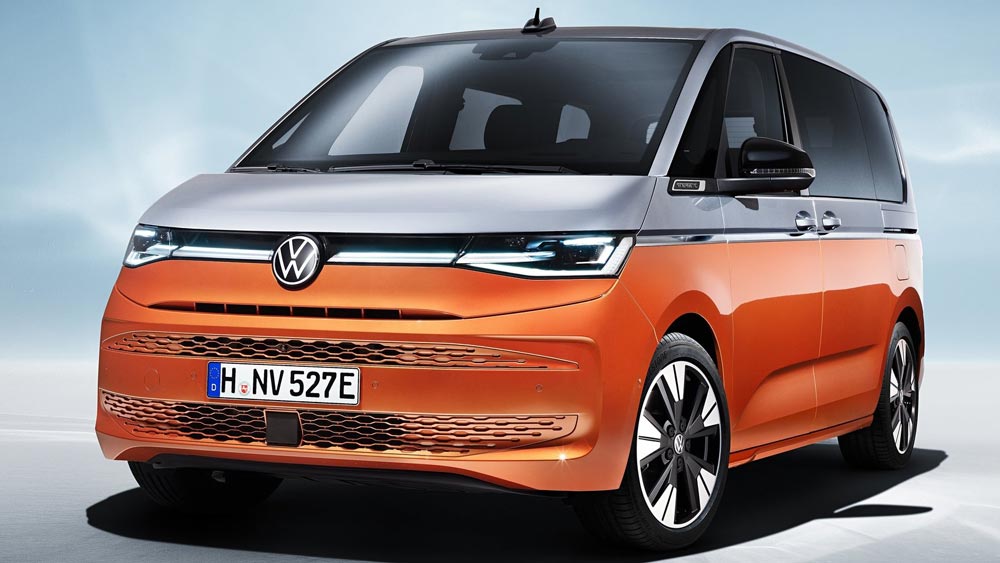 The Volkswagen Multivan has made its debut. The replacement for the current, T6.1 Caravelle, Volkswagen Commercial Vehicles’ all-new bus featuring a fresh design, a more flexible interior, improved technology and, for the first time, a plug-in hybrid version. According to Volkswagen, its popular family mover has been given a new name (in the UK, at least) “to reflect the complete overhaul” of its predecessor, the T6.1-generation Caravelle.

No longer built on the same platform as the Transporter (the Multivan sits on the VW Group’s MQB platform), the Multivan measures 4 973 mm long, 1 941 mm wide and “up to” 1 903 mm tall. The wheelbase measures 3 124 mm. A stretched version, which measures 5 173 mm is also available. According to VW, the new design provides improved aerodynamics, lower fuel consumption and, as a result, increased range.

The base version, Volkswagen says, offers 469 litres of boot space behind the third row of seats and a luggage capacity of 1 844 litres (1 850 litres with the optional panoramic glass roof fitted) behind the second row when the rearmost seats are folded flat. The base model’s full cargo capacity (up to the front seats) is rated at 3 672 litres. Fitted with the panoramic glass roof, the longer version, VW says, offers a maximum loading capacity of 4 053 litres.

The VW Multivan’s exterior design pays homage to the DNA of its predecessors, VW says, with a horizontal design line and full-width grille and LED headlamps giving it a modern and dynamic look. The front air intakes have been reduced, paying tribute to the heritage of the rear air-cooled engines of the first three generations, while showcasing the future of the hybrid powertrain. For improved visibility, the A-pillars have been remodelled. Wheels of up to 19-inch in diameter are on offer.

The interior, VW says, is more flexible and spacious than ever, thanks to a new modular, lightweight seating system and innovative table. Redesigned, the interior features a 10,25-inch digital driver’s display and 10-inch touch-enabled infotainment screen, and touch-enabled air-conditioning controls. “Up to” 34 driver assistance systems are available.

Four powertrains are on offer: two four-cylinder petrol engines and one four-cylinder diesel, with a plug-in hybrid model – the eHybrid – available for the first time. Petrol options include a 100 kW 1,5-litre and 150 kW 2,0-litre. The turbodiesel produces 110 kW. All internal combustion engines are linked to a seven-speed DSG transmission. The eHybrid model, which features a bespoke six-speed DSG, combines a 110 kW 1,4-litre TSI engine with an 85 kW electric motor for a total output of 160 kW.