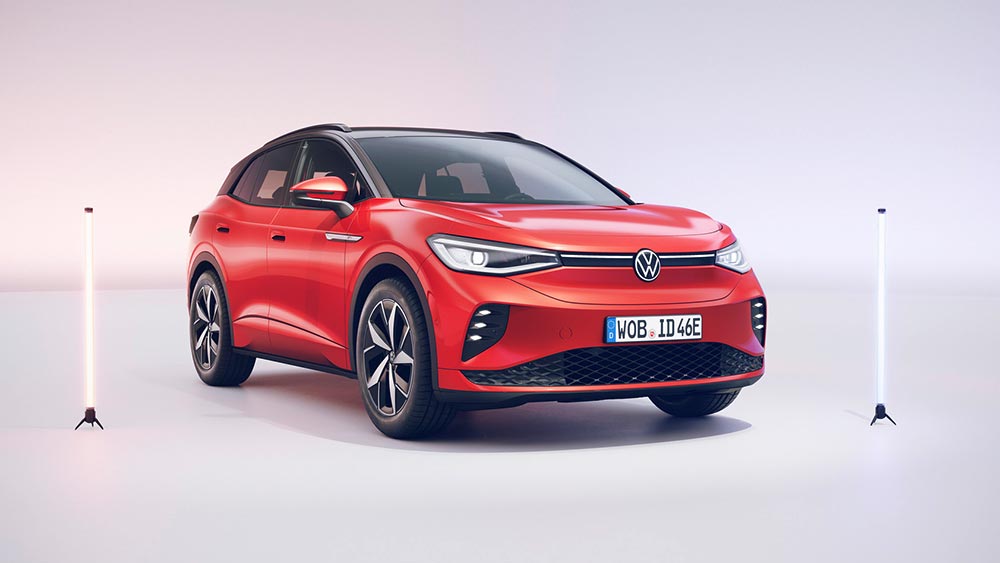 The first performance EV from Wolfsburg – the ID.4 GTX – has made its official debut. Said Ralf Brandstätter, CEO of the Volkswagen brand, the ID.4 GTX is the most emotional member of the ID. family to date and shows that electric mobility and performance are not mutually exclusive. “Electric driving is simply great fun … with the ID.4 GTX we are adding a new dimension of sportiness and dynamics,” Brandstätter added.

The performance variant of Wolfsburg’s ID.4 crossover is the first model based on the automaker’s modular electric drive matrix (MEB) platform to feature dual-motor all-wheel drive. The ID.4 GTX is equipped with one electric motor on both the front and rear axle, delivering a total of 220 kW for a zero to 100 km/h time of 6,2 seconds and electronically limited top speed of 180 km/h. Volkswagen has yet to release the ID.4 GTX’s torque figure.

According to Wolfsburg, the design of the ID.4 GTX underscores its character and combines driving fun with a robust look. The ID.4’s familiar light strip, Volkswagen says, is now combined with dynamic elements, such as the honeycomb-shaped daytime-running lights, which “establish a connection to the eighth-generation Golf GTI”. The ID.4 GTX features newly designed rear bumpers and 3D LED taillamps with X-shaped brake lights.

Compared to the non-performance ID.4’s, the GTX features a black rood and rear spoiler, and high-gloss anthracite roof frame bar. The interior also boasts a new colour scheme. The dashboard is finished in dark X-Blue leatherette inserts which, Wolfsburg says, represents sustainability, while the red contrast stitching represents sportiness and strength. GTX logos can be found on the steering wheel, sill panel trims and on the seat backrests.

The ID.4 GTX’s interior features numerous technologies, such as an touchscreen infotainment system and driver-assist systems. Said Thomas Ulbrich, member of the board of management for development, “the innovative operating and safety concept is just as intelligent as the drivetrain. The driver is supported by the unique augmented reality head-up display and comprehensive assist systems.”