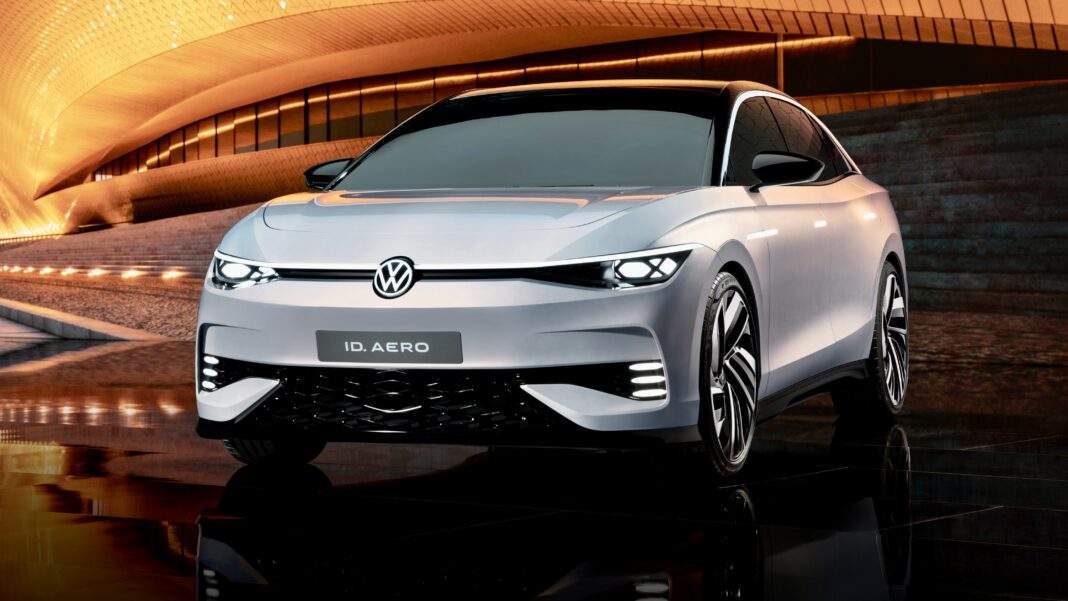 Following a quick teaser, Volkswagen has finally whipped the wraps off the ID. Aero, the future sixth member in the German marque’s ID. family. With the reveal, the Wolfsburg-based carmaker says it is providing a glimpse of its first-ever fully-electric sedan. VW states, “The future model will be positioned in the premium mid-size sedan segment.” 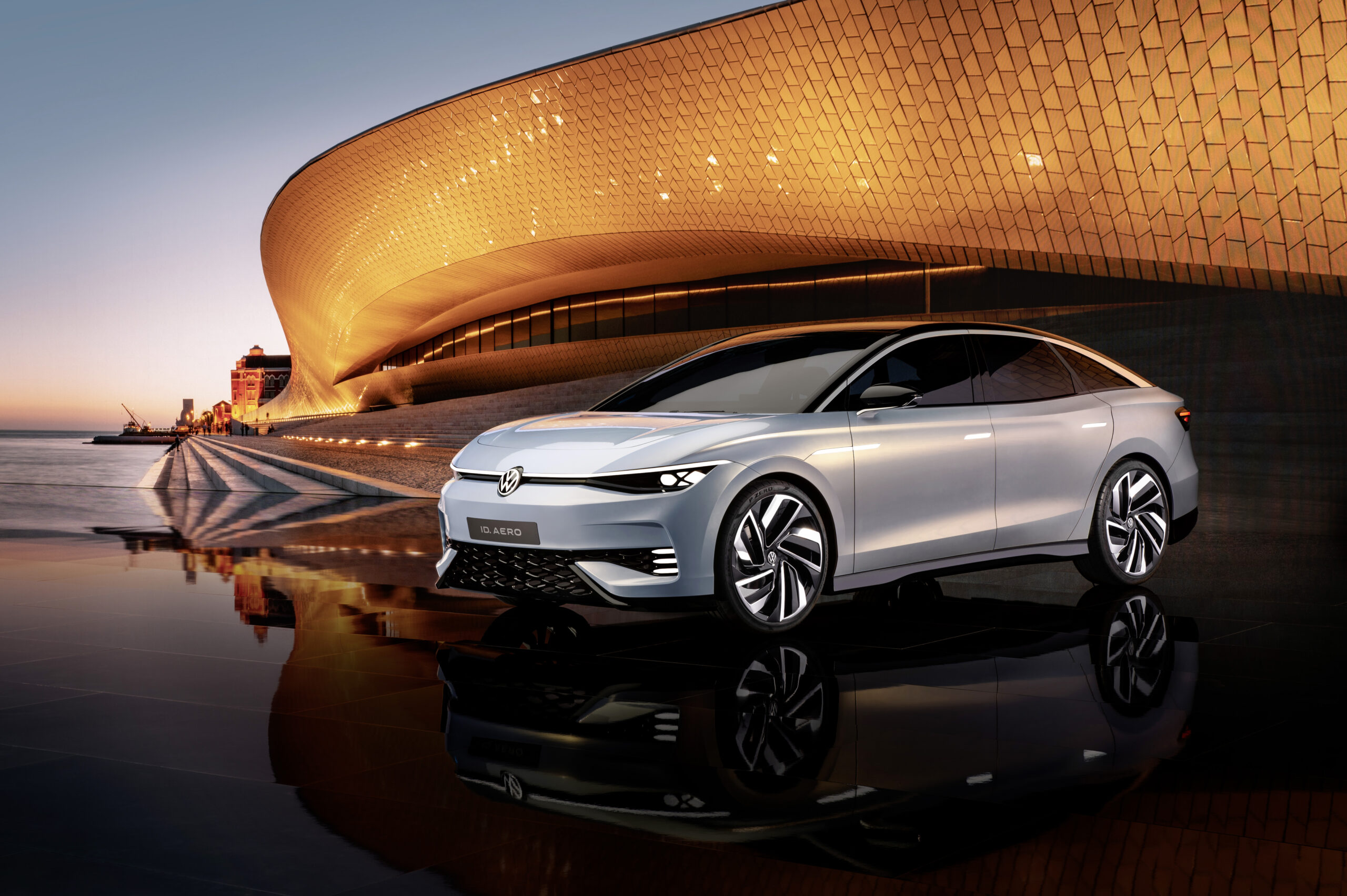 “With the ID. AERO show car, we are revealing a preview of the next member of the ID. family. A car with an emotional and at the same time extremely aerodynamic design, a range of over 600 km, an extraordinary amount of space and a premium interior,” said Ralf Brandstätter, CEO of Volkswagen Passenger Cars.

“It was designed on aerodynamic principles”

The concept model measures “almost” five metres in length. VW says it was designed on aerodynamic principles, with the sloping roof contributing to an “excellent” drag coefficient of 0.23. The emissions-free concept car is based on the company’s modular electric drive matrix (MEB) platform. 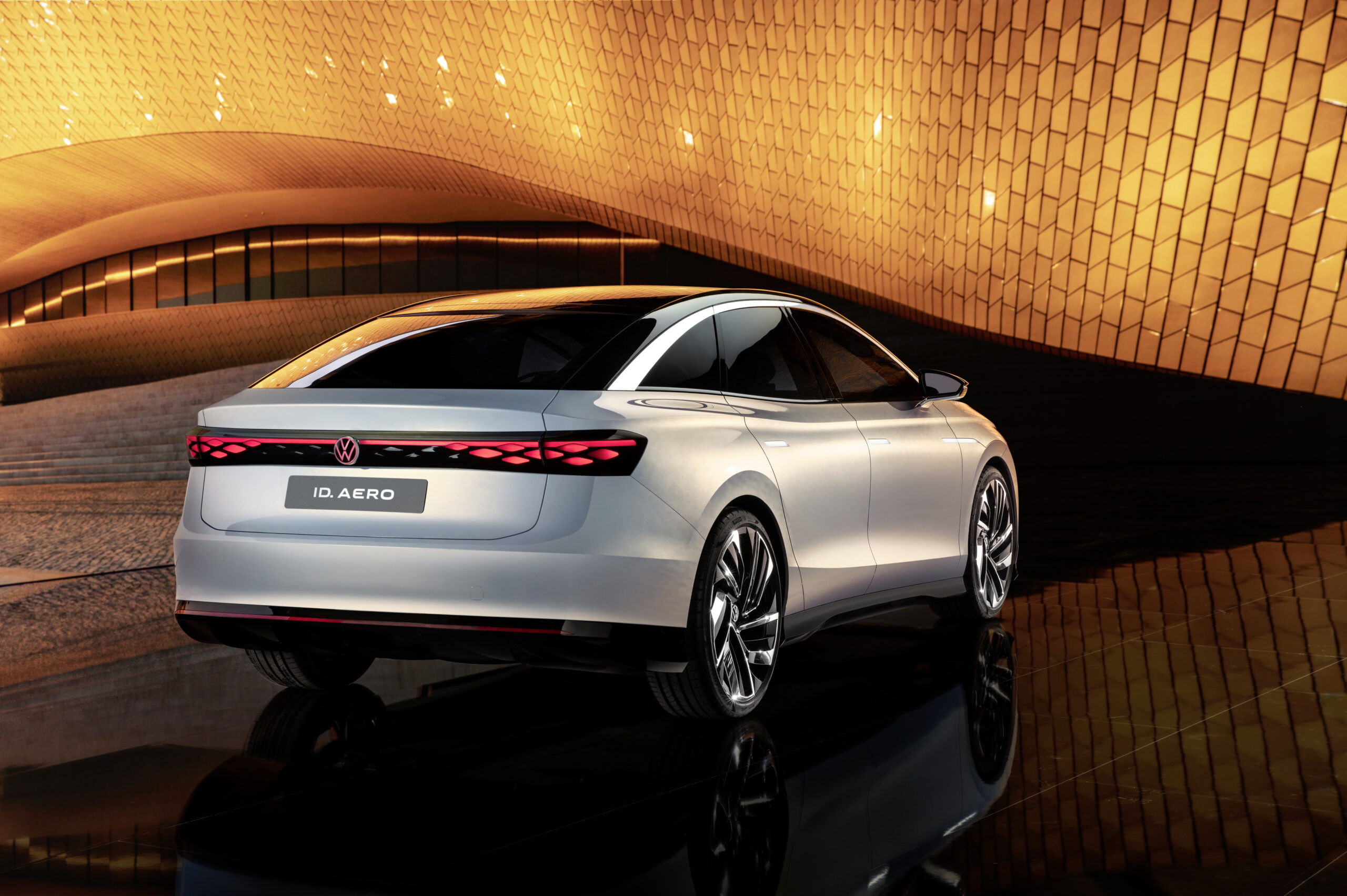 The ID. Aero is equipped with a 77 kWh lithium-ion battery and an “efficient” drive system. Thanks to this set-up, and the car’s aerodynamic design, VW claims an all-electric range of “up to” 620 km on the WLTP cycle.

“The production model will be on sale from 2023”

The exterior is characterised by familiar ID. design cues. In addition, the front end is horizontally split into two in the front bumper. VW says this styling element defines the ID. Aero. A narrow light strip spans the front. The “VW” emblem lights up. VW’s IQ. Light LED matrix headlamps are also present. A “striking” light strip can also be found at the rear. The “dominant” rear end further features LED lamps. 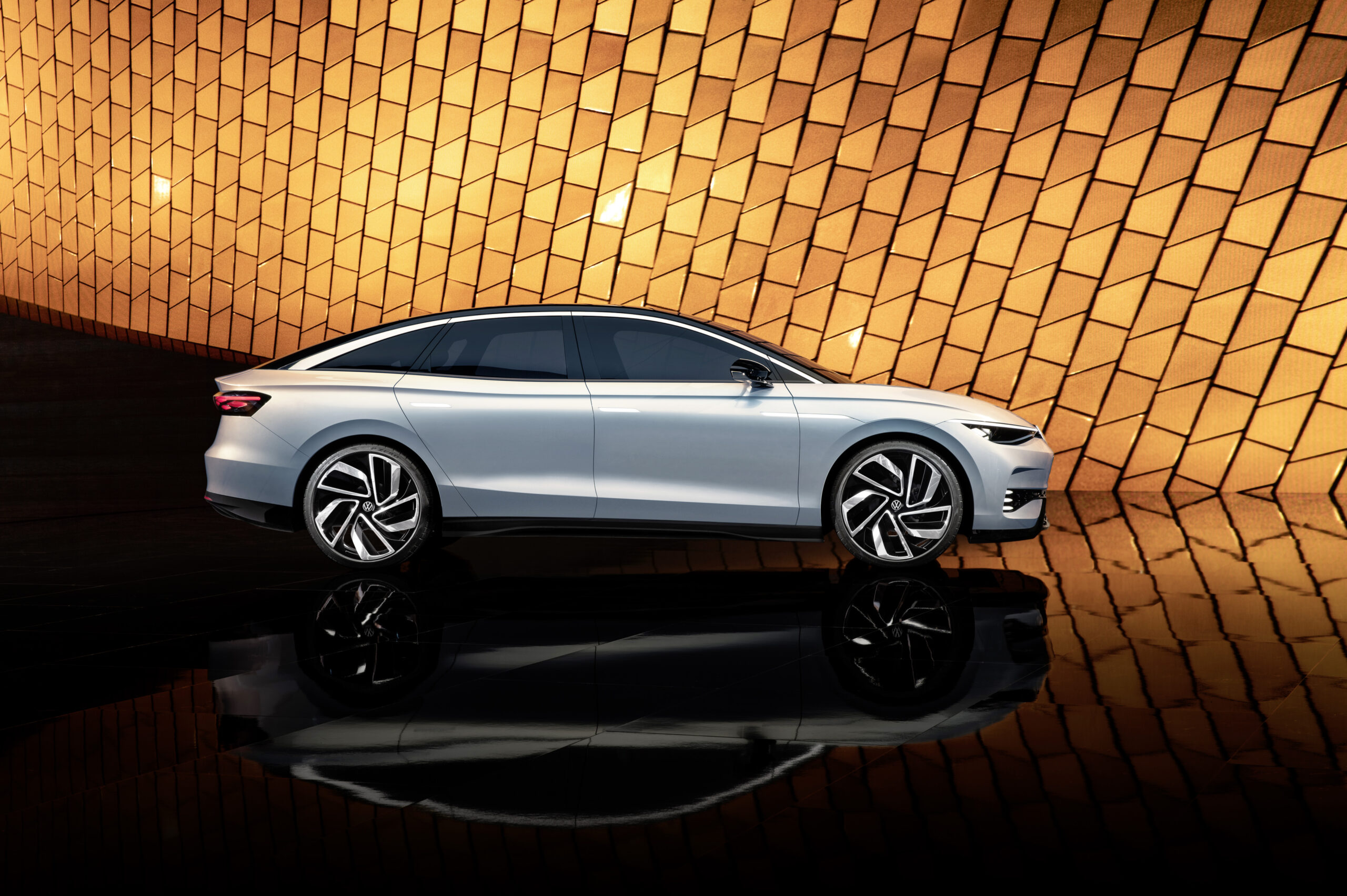 As a reminder, the production version of the ID. Aero is scheduled to be sold in the Chinese market in the second half of 2023. The corresponding production derivative for the North American and European markets will be presented in 2023.