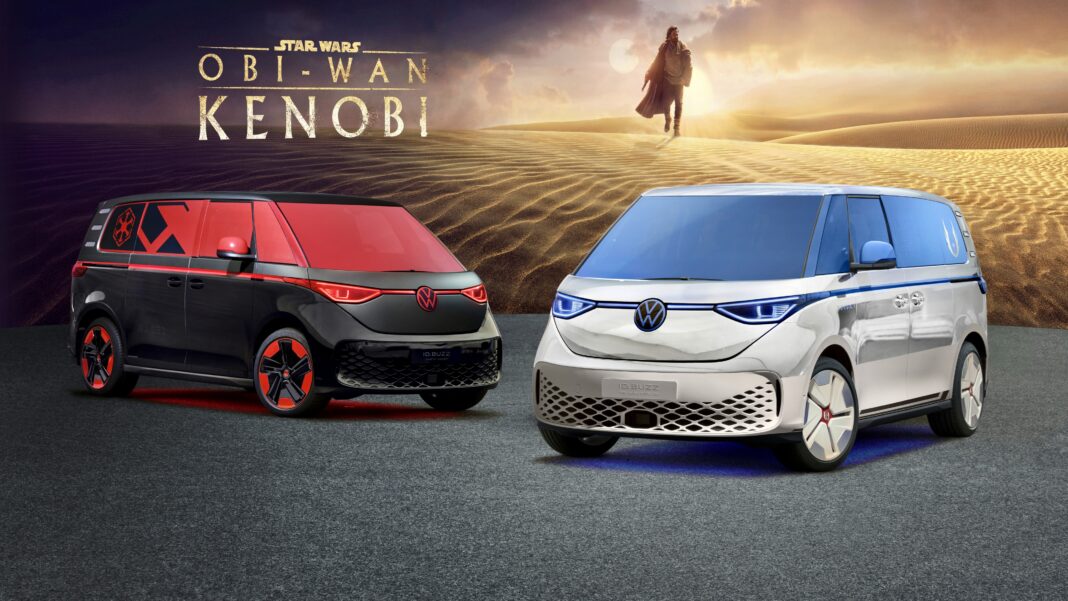 Following Volkswagen’s announcement that it has partnered with Obi-Wan Kenobi and the release of two ID. Buzz models inspired by the limited series, the German marque has finally revealed the ID. Buzz ‘Light Side Edition’ and ‘Dark Side Edition’. 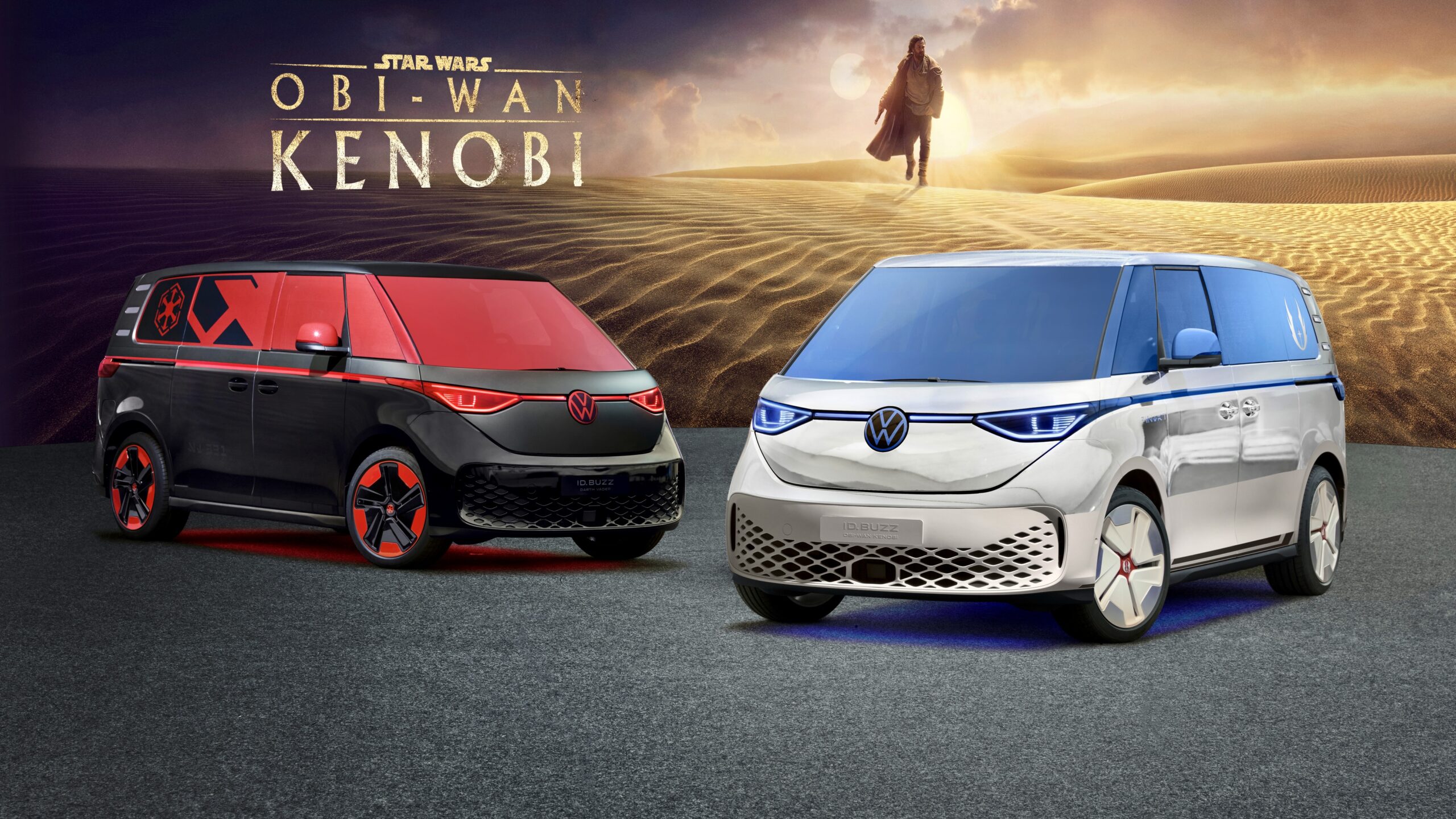 As their names would suggest, the ‘Light Side Edition’ and ‘Dark Side Edition’ “embody” the two opposing sides in the Star Wars galaxy. The former version is based on the passenger version of the ID. Buzz. Its lower section is finished in beige as a nod to Obi-Wan Kenobi’s tunic.

The “shiny” chrome sections reference the designs of the spacecraft and droids in the galaxy far, far away. Referencing the blue hue of Obi-Wan’s lightsaber, the ‘Light Side Edition” features a blue line on the side and front end. Finishing touches include logos of the Rebel Alliance.

The ‘Dark Side Edition’ sports “ominous” shades of black and red. Based on the ID. Buzz Cargo, the lower section of the vehicle has been finished in “shiny” black. The upper section is finished in matte black. Inspired by Darth Vader’s lightsaber, several items are finished in red.

“The opportunity to explore how Obi-Wan Kenobi and the Volkswagen brand could come together on a vehicle was pure fun. The themes of good and evil, light and dark, aren’t necessarily concepts we apply to cars. The ID. Buzz collaboration offered a unique opportunity to have the cars become graphic reflections of two iconic characters,” said Doug Chaing, Lucasfilm VP and executive creative director.