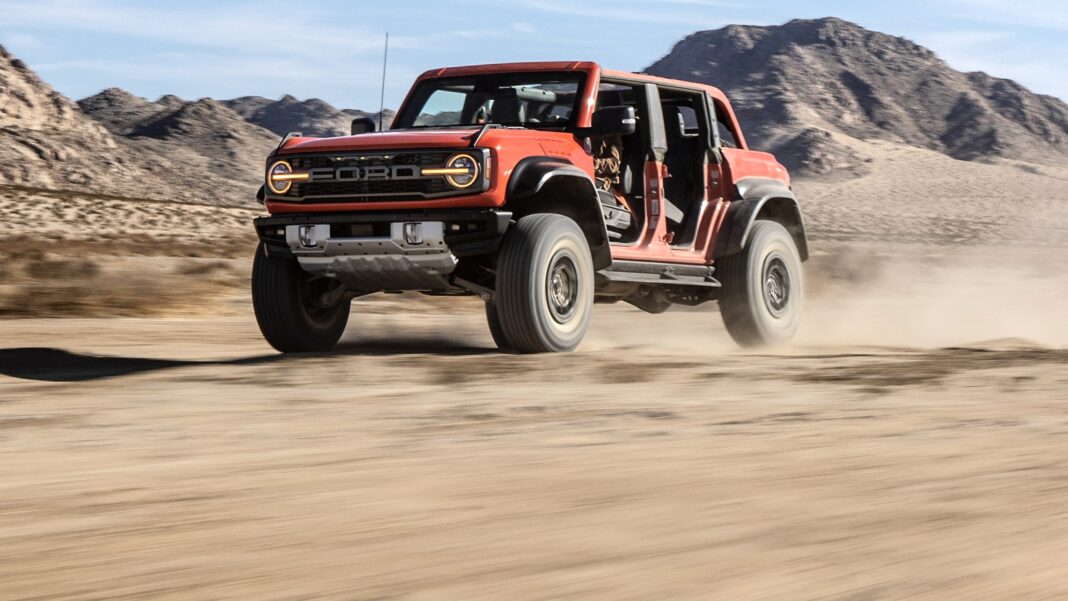 Ford has whipped the covers of the Bronco Raptor. Billed as the most powerful street-legal Bronco ever, the Ford Performance-engineered SUV boasts “Built Wild” capability and durability. 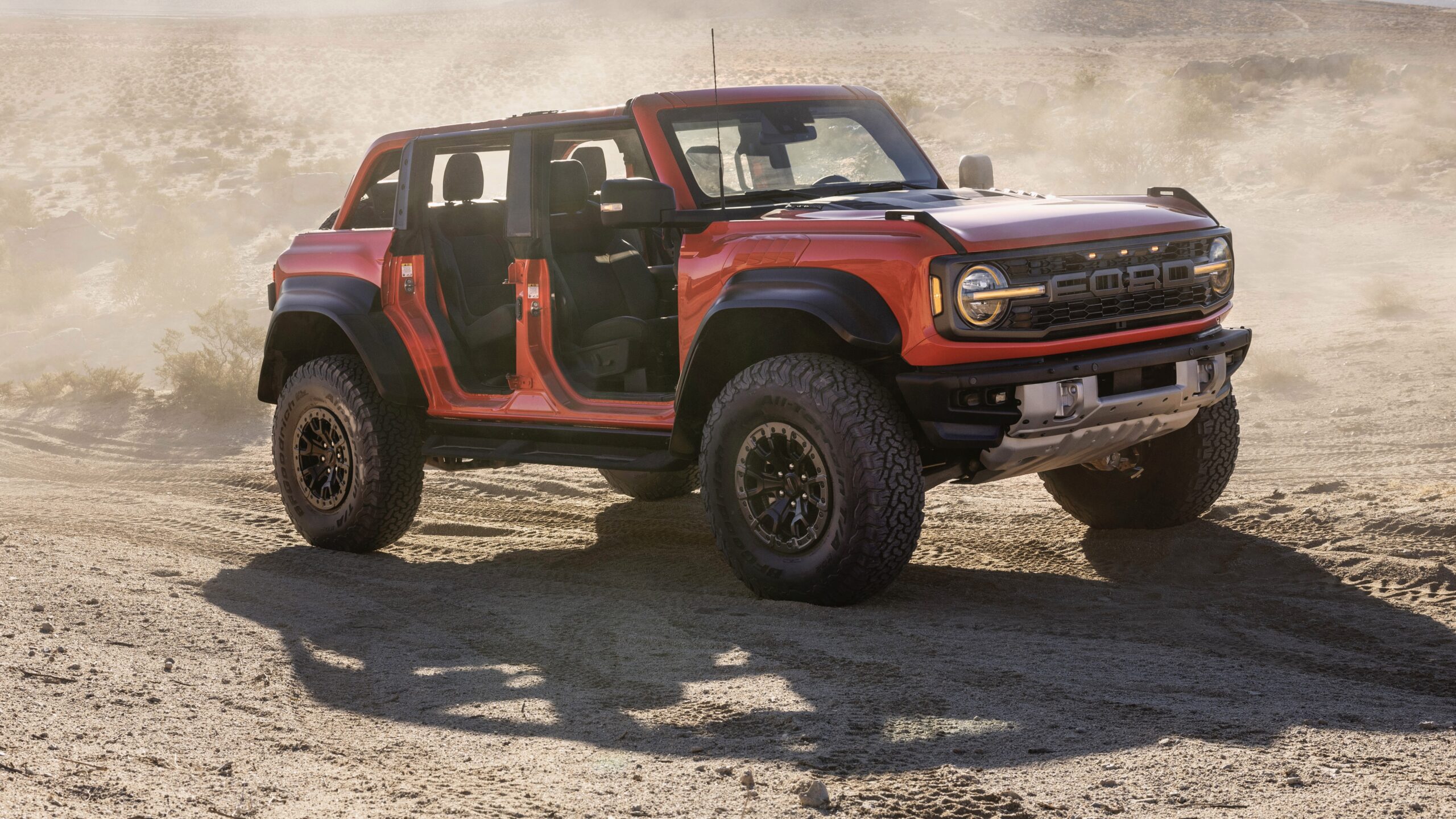 According to the US-based automaker, the Bronco Raptor’s “advanced” 4×4 system, complete with three modes, includes a higher-capacity clutch designed to withstand the demands of high-performance desert events. Bolstering its 4×4 capabilities, Ford says the Bronco Raptor builds on the brand’s G.O.A.T (goes over any type of terrain) terrain management system. The latter set-up’s seven driver-selectable modes include a “uniquely tuned” Baja mode.

“As the most badass Bronco yet, the Bronco Raptor design is extreme,” said Paul Wraith, Bronco design chief. “It’s muscular while maintaining an underlying simplicity with performance-focused details added only for outstanding high-speed capability.” 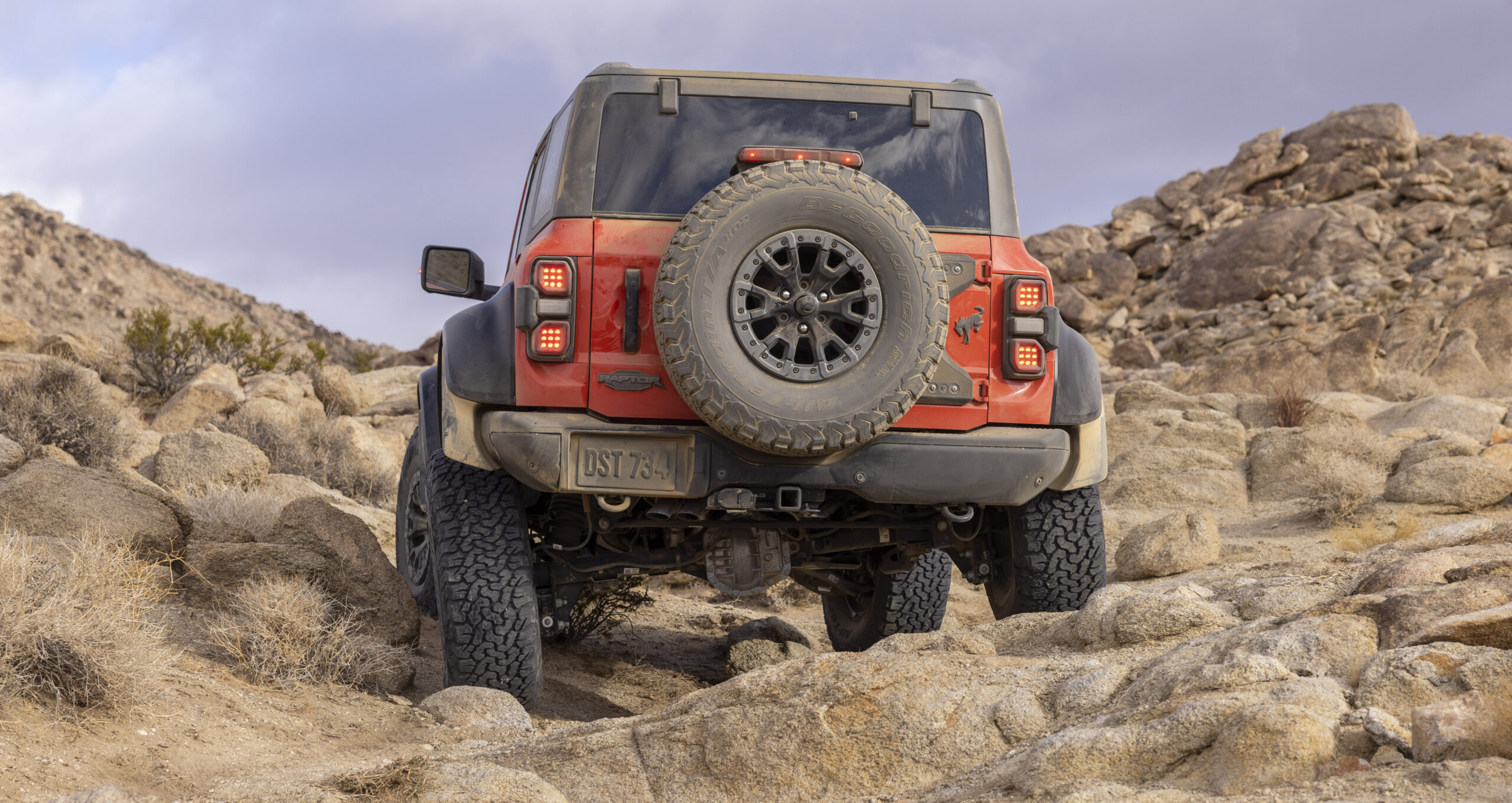 In addition, the Ultra4-inspired, off-road-ready SUV is equipped with Ford Performance-developed axles, which are also used in the Bronco DR racing truck. For the high-performance Bronco, Ford’s performance arm also collaborated with Fox to upgrade the off-road stability suspension system with live valve tech.

“We had to build the Bronco Raptor – it’s our ultimate vehicle for hardcore off-road enthusiasts who demand something more,” said Carl Widmann, Ford Performance chief engineer. “Like the Ultra4 desert race trucks, the ‘Raptor of SUVs’ conquers desert dunes at highway speeds and is equipped with competition-level off-road technology and hardware.”