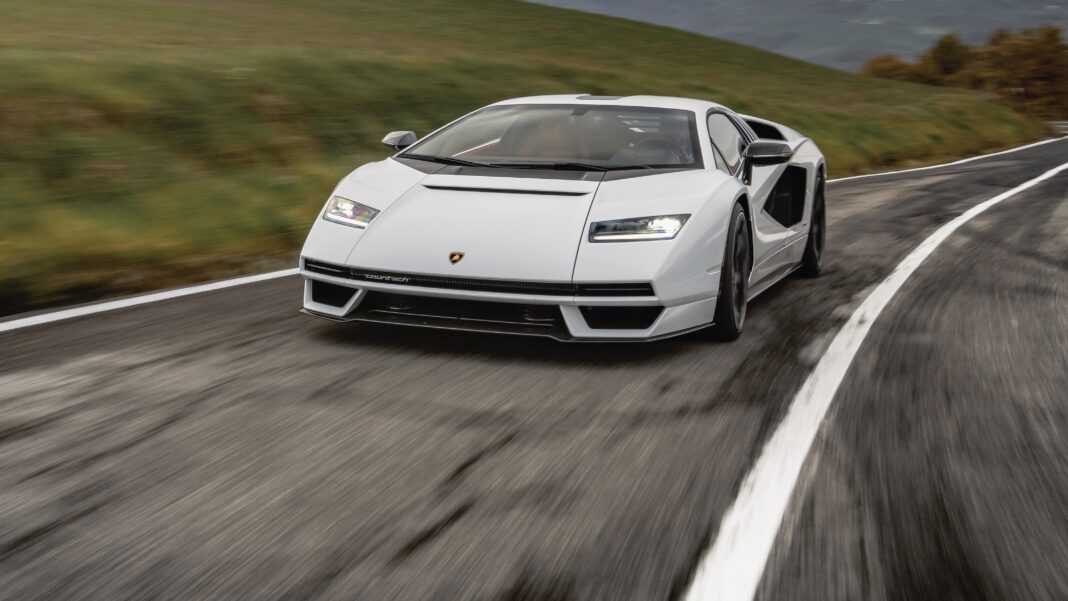 For the first time since its reveal, the new Lamborghini Countach has taken to the road, with the reimagined Racing Bull joined by its forebears – the first LP 400 and the last Countach 25th Anniversary produced – for the special occasion.  “The dynamic debut together with two protagonists of the company’s historic collection provided extraordinary and unprecedented images.” Watch the film below…

“The LPI 800-4 is a visionary car of the moment, just as its forerunner was”

As a reminder, the new-generation model is powered by a normally aspirated V12. However, for the reimagined version, Lamborghini has incorporated its “pioneering” 48 V supercapacitor technology to the mid-mounted petrol engine for a combined output of 599 kW and 755 Nm of torque.

“It represents our philosophy of reinventing boundaries”

Limited to only 112 units, deliveries of the LPI 800-4 will start from the first quarter of 2022. Appropriately, the number of units is a reference to “LP 112”, the project name used internally during the development of the first Lamborghini Countach.

“The Countach LPI 800-4 is a visionary car of the moment, just as its forerunner was,” said Stephan Winkelmann, president and CEO of Lamborgini. “The Countach not only embodies the design and engineering tenet of Lamborghini but represents our philosophy of reinventing boundaries, achieving the unexpected and extraordinary and, most importantly, being the ‘stuff of dreams’.”