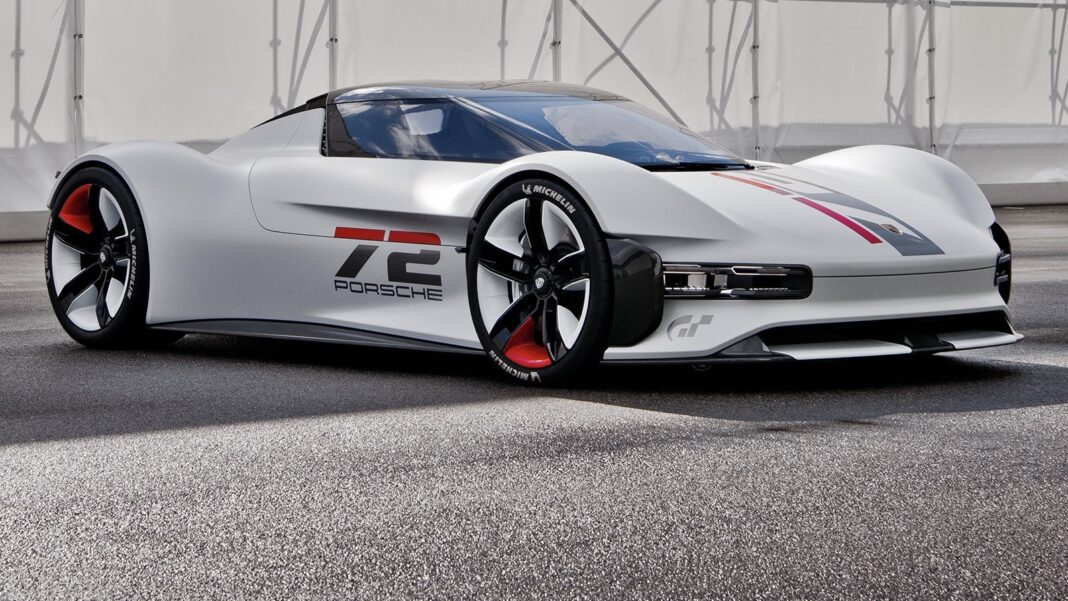 Porsche has whipped the (virtual) covers off the Vision Gran Turismo, a “virtual racing car of the future”, created with Japanese video game development studio Polyphony Digital Inc for the seventh iteration of the popular Gran Turismo game series. 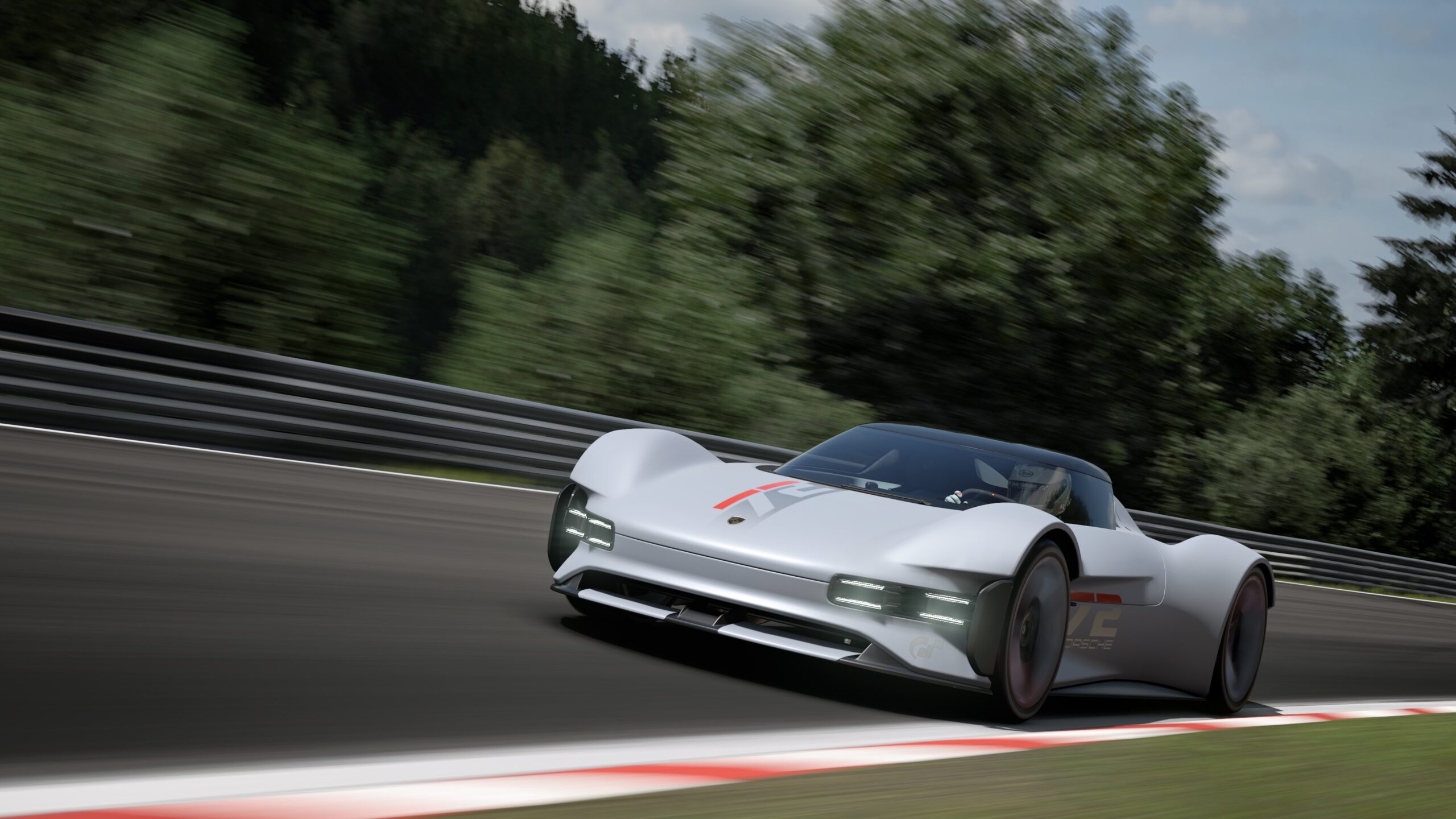 According to the German marque, “The Vision Gran Turismo features future-orientated versions of familiar Porsche design elements.” These include the brand’s “typical” proportions with an “especially sporty” height-to-width ratio, an “extremely” low-set bonnet and pronounced wings. The headlamps create a visual link to the design language of the Taycan. A narrow light strip spans the rear.

The interior features a curved hologram digital driver’s display (though this car will only be driven in the virtual world that is Gran Turismo 7). The “realistic” surface appearances in the interior also play a “major” role. 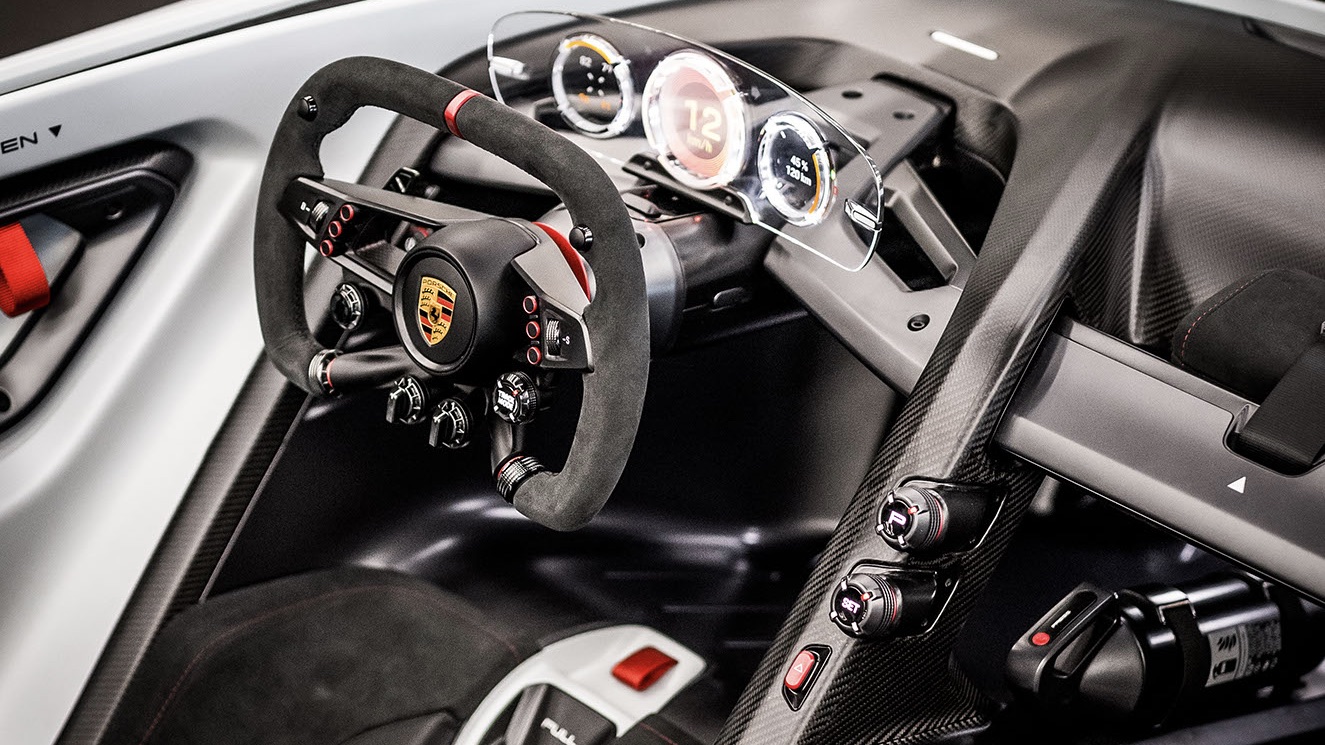 “We spent a long time considering the right material design consisting of carbon and titanium. The aim was to reduce weight while increasing performance,” said Markus Auerbach, head of interior design at Porsche. “In addition, sustainable aspects also play a role in forward-looking projects. For example, we only used entirely vegan materials in the concept car.”

“The appeal of a Porsche comes from its purist design,” said Kazunori Yamauchi, president of Polyphony Digital. “And in terms of engineering expertise, both we and Porsche follow the same perfectionist philosophy. We share the same passion for racing and are looking to the future of the car.” 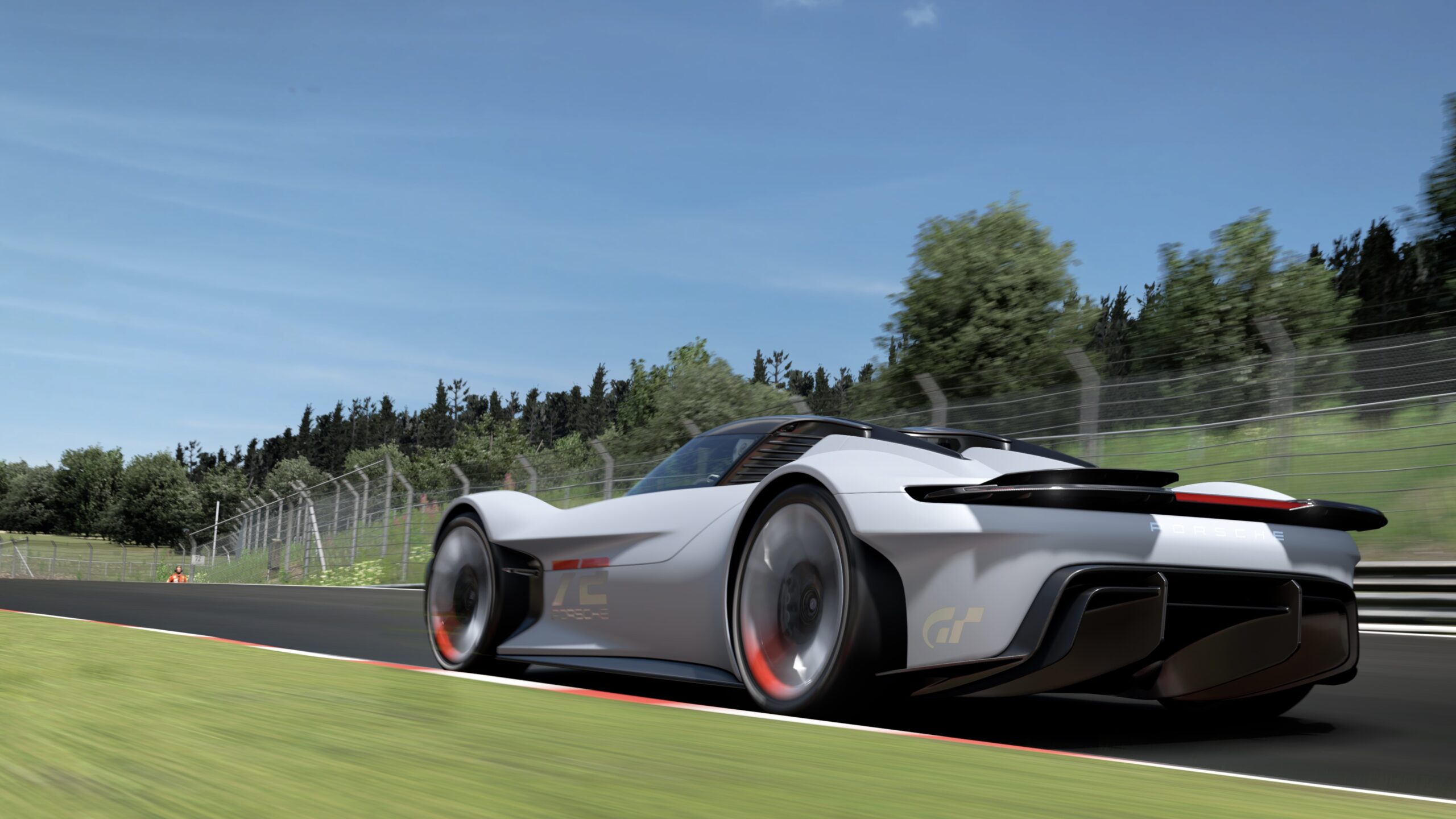 Said Robert Ader, vice president marketing at Porsche AG, “The partnership with Polyphony Digital and ‘Gran Turismo’ is a perfect fit for Porsche because motorsport – whether real or virtual – is part of our DNA.”