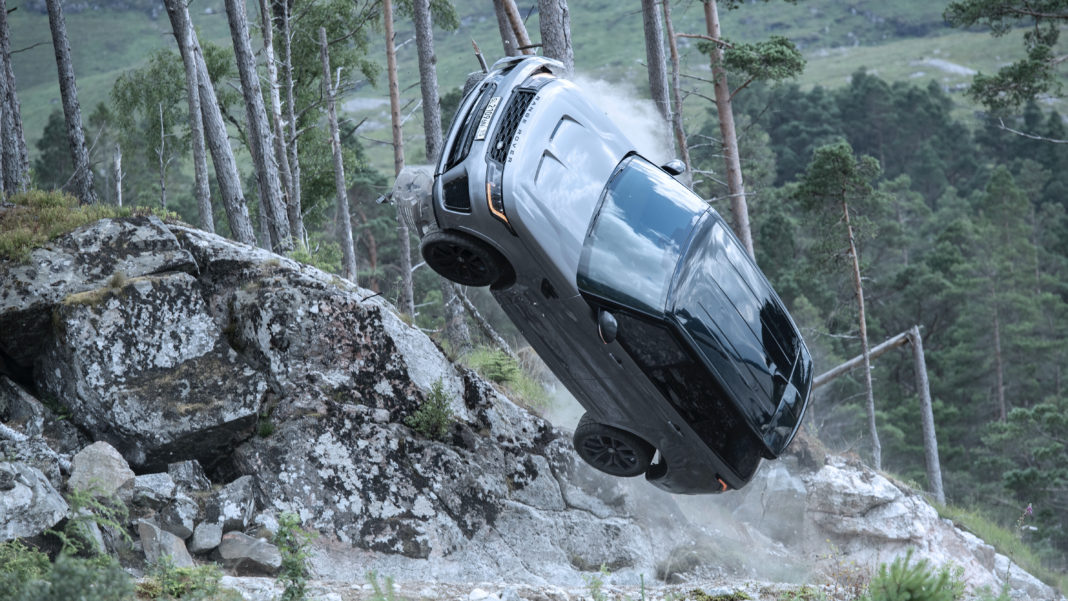 Land Rover has released the latest behind-the-scenes footage (watch below) of No Time to Die, the new instalment of the James Bond film series. In the action sequence, a Range Rover Sport SVR is pushed to is limits when it goes off-road to pursue the British special agent.

Led by Oscar-winning special effects and action vehicles supervisor Chris Corbould and stunt coordinator Lee Morrison, the luxury sports SUV is at the centre of action. Said Morrison, “I was really keen to shoot a Bond chase sequence off-road, in a really challenging environment and the Range Rover Sport SVR was the perfect choice for this part of the story. We shoot everything for real, so we’ve pushed it to the absolute maximum and the pursuit promises to be one of the memorable set-piece moments of the film.”

As a reminder, the Range Rover Sport is endowed with Jaguar Land Rover’s (JLR) supercharged V8 petrol engine. The 5.0-litre unit produces 423 kW for a claimed zero to 100 km/h acceleration time of 4.5 seconds and top speed of 283 km/h.

The new Bond film is scheduled to be released in South African cinemas from 1 October.