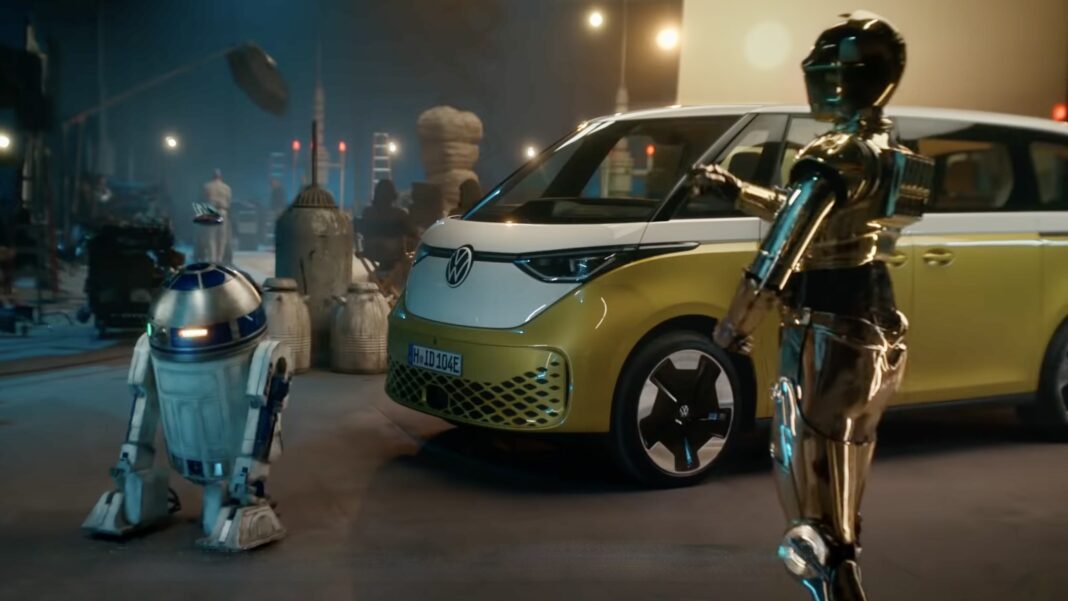 Volkswagen has announced it has launched a new partnership with the new Star Wars spin-off series Obi-Wan Kenobi, which will make its premiere on Disney+ on May 27. For the collaboration with Lucasfilm and Industrial Light & Magic, the German automaker has released a “customised” advert featuring the ID. Buzz and some familiar Star Wars characters, such as R2-D2 and C-3PO and leading actor Ewan McGregor. McGregor will also serve as a brand ambassador for the carmaker. Watch the advert below…

“We are uniting two strong global brands in this collaboration and generations of fans who grew up with their respective icons. We are really thrilled with this unique joint creative collaboration,” said Klaus Zellmer, Volkswagen board member for sales, marketing and after-sales.

“Ewan McGregor is our perfect match as an avid fan of Volkswagen since his childhood and daily driver and collector of Volkswagen cars. His involvement not only amplifies awareness for our brand but also adds authenticity to our messaging. I welcome Ewan as our newest brand ambassador as he perfectly connects our fascinating past with our drive for a carbon-neutral future.”

“This first-class, innovative campaign, and spectacular creative produced by Lucasfilm and ILM, is the perfect way to celebrate the release of Obi-Wan Kenobi on Disney+,” said Lylle Breier, SVP of global marketing partnerships at Walt Disney Studios. “We can’t wait to share it with fans around the world.”

The collaboration will also see the introduction of a “Star Wars Edition” ID. Buzz. Created by VW and Lucasfilm’s designers, this model will make its global premiere at the Star Wars Celebration in Anaheim, California.