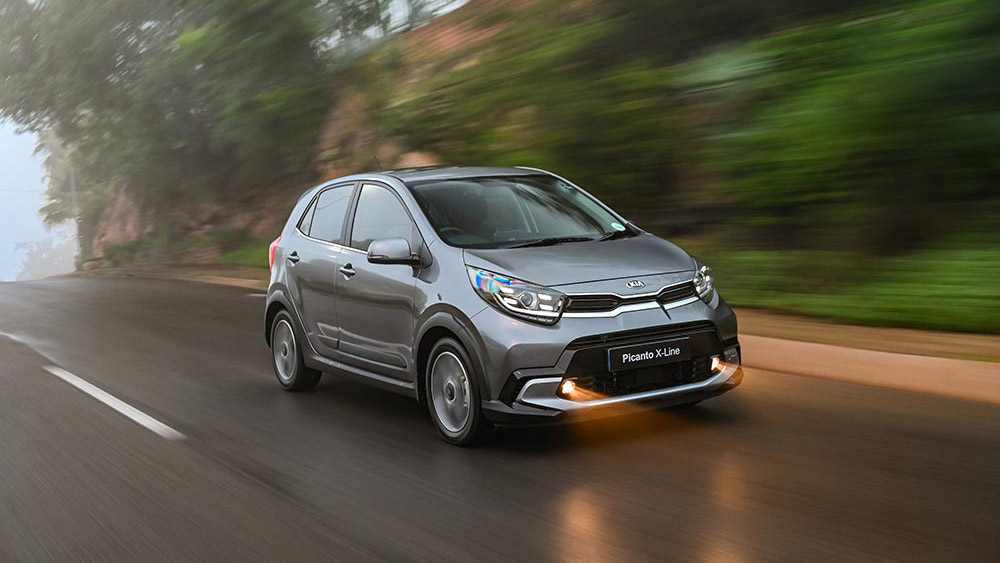 The lightly fettled Picanto range has been boosted with the addition of a crossover-flavoured flagship. Is it all show?

Three years into its third generation, the popular Kia Picanto city car has undergone a mild facelift, and Kia South Africa’s taken the opportunity to add a flagship model replete with crossover-inspired styling to tap into buyers’ appetites for vehicles telegraphing an adventurous slant. We drove the KIA PICANTO 1.2 X-LINE MANUAL new X-Line addition on the Western Cape’s picturesque roads and came away impressed.

Slotting in at the pinnacle of the Rio range, the new X-Line model is offered exclusively with the brand’s 1.2-litre, four-cylinder, naturally aspirated engine (international versions are offered with a three-pot turbopetrol, but cost-considerations make its local introduction impossible). Kia’s gone to impressive lengths to differentiate the box-fresh derivative from its more reserved stablemates, including adding a bespoke grille and bumpers fore and aft, plus the expected SUV-inspired wheel-arch mouldings and faux skid plates. LED lighting elements all-round add a touch of class, while new 15-inch cross-shape alloy wheels are a neat addition.

Inside, the 1.2 X-Line gains a new eight-inch touchscreen infotainment system (as does the rest of the Picanto range aside from the entry-level Start model) featuring Apple CarPlay and Android Auto, as well as a reverse-camera feed coupled with aft-mounted parking sensors. The X-Line also sports cool two-tone artificial-leather upholstery to augment hide trim on the steering wheel (sporting remote controls) and gearshifter. The surprising list of features for a city car extends to powered glass all-round (the side mirrors fold electrically), automatic headlight activation, a colour instrumentation info screen and vanity mirrors for the driver and passenger. 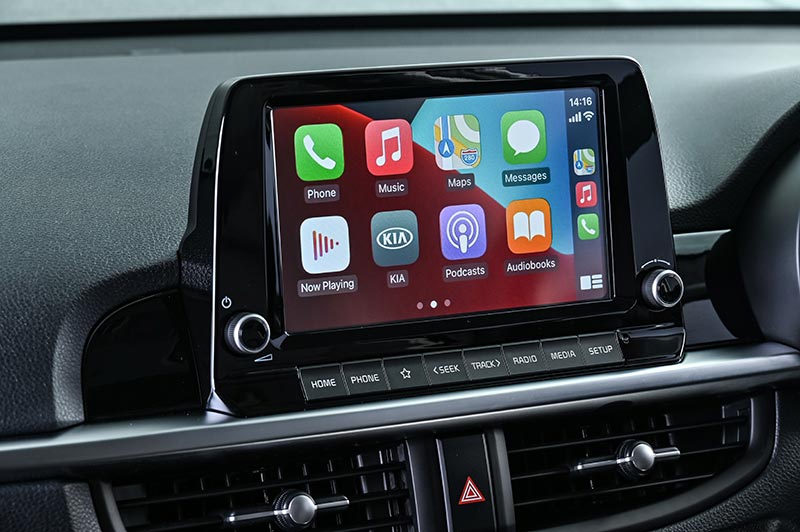 The cabin impresses with its levels of fit and finish, and I was surprised to discover soft-touch padding on the doors and a movable central armrest, all items you’d expect to find on larger cars. The latter, coupled with comfortable, generously sized seats and a steering column with a large adjustment arc (although reach adjustment is absent), makes finding a comfortable seating position a cinch. My test unit had the optional sunroof fitted, which did not appear to rob the cabin of too much headroom.

While the Picanto certainly has the measure of its Ford Figo Freestyle/Renault Sandero Stepway/Suzuki Ignis small-crossover rivals for the quality of its construction, by virtue of being a smaller city car, it doesn’t quite offer comparable interior space; legroom in the second row is pinched. The boot, however, measures a claimed 255 litres, which is par for the course, while utility room is impressive considering the petite external dimensions. 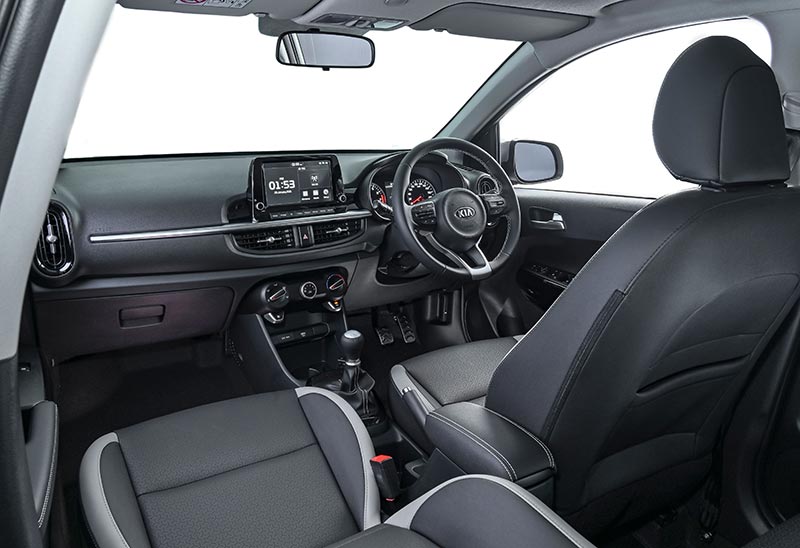 Despite the absence of a turbocharger, the 61 kW 1.2-litre mill is up to the task of cut-and-thrust daily motoring. Thanks to a kerb weight under one tonne, the Picanto 1.2 X-Line feels sprightly, a quality that extends to the slick-shifting five-speed manual transmission (a more rudimentary four-speed auto is also an option) and the uniform weighting of the various driver controls. It’s a real joy threading the Picanto through congested city traffic thanks to clear sightlines and quick, light steering.

It’s not outgunned on the open road, either. The four-pot easily maintains momentum in top gear on inclines and revs below 4 000 r/min at the national limit. Alongside superb noise-, vibration- and harshness-damping, plus a settled, absorbent ride, the Picanto is a surprisingly accomplished little cruiser.

Some may baulk at the 1.2 X-Line manual’s R237 995 price tag in relation to the stickers of its larger rivals, but none of them are as well equipped as Kia’s pintsized Picanto, nor do they feel quite as well finished or upmarket. While the crossover styling addenda are mostly all for show (ground clearance has increased by just 5 mm), they inject the mature-for-its-size Picanto with a healthy dose of character. Add Kia’s impressive five-year/unlimited-kilometre warranty and two-year/ 30 000 km service plan, and it’s near-impossible faulting the new X-Line. If outright passenger space isn’t a priority, but features and stylish design are, the Picanto X-Line fits the bill. Engine should be punchy at the Reef, too, if this drive is any indication.